A recent survey found that a third of teachers didn’t understand basic fractions. The irony of this is that third are the very people who don’t know what “a third” is. On average, teachers are wonderful people, only a third of whom you might need to explain what “on average” means. They’re also passionately committed, two thirds are really well educated and they’re collectively really well organised. So, I hope they’ll be forgiving after being the butt of a cheap joke at the start of my article. (OK, three jokes but only a third of which was cheap. OK, four.) They’re also fantastic people to be in a committed relationship with. If you ever fail to satisfy them as a lover, it’s not that you’ve failed, it’s that you’ve ‘not yet achieved.’

There’s a ratio that gets trotted out in workplace training. (And by ‘training’, I mean ‘building workforce capability.’ And ‘ratio’ is another term for a ‘fraction.’) 70:20:10. 10 percent of learning by workers is courses and reading. 20 percent is from bosses or co-workers in semi-formal efforts to upskill a newbie. The 70 percent is from “tough jobs.” The research is generally accredited to the Centre for Creative Leadership (CCL) and “tough jobs’ was their phrase. The ratio sounds about right to me. As a trainer, I used to be precious and disproportionately enamoured with training – out of self interest as much as any interest I had in my trainees. I was lucky in that I had a 20 and a 70 experience that flipped my perception. The 20 experience was some very specific and useful feedback from a boss. The 70 experience was a tough job I endured as a result of initially not heeding that boss’s advice.

I flipped on a dime really from being me-centric and training others to a mindset of being learner-centric facilitating an optimum learning environment. It seems a small thing but it is not and it is not just semantics. CCL identifies one of the benefits of their “tough jobs” approach is that the pain of the failure or feedback drives a motivation to improve, part of which is addressed by learning – a learning that is self-driven by the learner, which is the best kind.

Workplaces vary wildly. They vary in their support of their people who want to do the 10 percent and read and attend formal courses. But the good ones acknowledge the importance and try. The good ones develop their leaders and performance management systems so the 20 percent can be managed systematically and effectively, linking that learning strategically to organisational goals. The wildest variation, in my experience and observations, comes in the 70 percent. If it is true that the vast majority of workplace learning occurs during tough jobs, how many workplaces plan and prepare for that? And upskill the team leaders on delegation and providing feedback? Traditionally the focus may have been on the 10 – listing courses and ticking off attendance. Now I’m often super impressed by the number of workplaces with competencies dripping off simple but effective skill matrices that everyone understands and sees the benefits of. Identifying gaps in current skills needs and development opportunities for individuals and collectvely, and planning to fill those gaps. Organisations need to put as much effort into planning the 70 and the 20 as they do on the 10.

This is a great time and opportunity for e-learning. To me, the number one advantage of e-learning as a delivery method, regardless of its shortcomings, is that it can be delivered just in time. It can be created in anticipation of tough jobs – both before and after. It’s never going to replace an effective team leader’s coaching before and during, or feedback after, a tough job but it usefully augments it in a timely way. If the learner genuinely gets some motivation out of the tough job in anticipation or experience and a useful e-learning resource is easily available, why wouldn’t that self-motivated learner take advantage of it?

Other words to describe CCL’s 70:20:10 ratio might be experiential, social and formal. Tell me and I hear. Show me and I understand. Involve me and I remember – that’s experiential. Social is interesting. I read some research recently advising that a powerful lever of behaviour change for these millennials entering the workforce is social nudging. What we might’ve called the buddy system in our day. For all the use of closed in-house FaceBook groups, the principle of social learning remains the same. I saw a electronics chain use this method far more effectively than any intranet, memo or newsletter. Create and manage a closed group, advise staff that it exists and they start sharing – asking questions or revealing discoveries about new products. For them it worked.

Maori have a principle called Ako in which learning is a two-way street between teacher and student. One thing those in charge of workplace learning could learn from students is that there are new ways of learning. 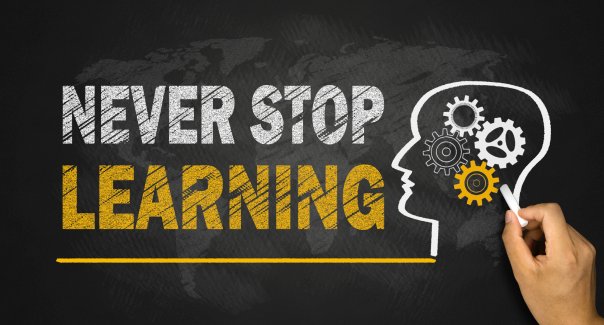