Speaker / Presenter for your End of year / Christmas Functions

It's never too early to start planning your business' end of year / Christmas function / annual staff party. It is a workplace but it's also a time to reflect and for celebration, so you don't want a lecture. You want an entertaining Christmas speaker who can deliver some simple but powerful messages, and entertain and engage along the way.

Get a quote now and check availability. 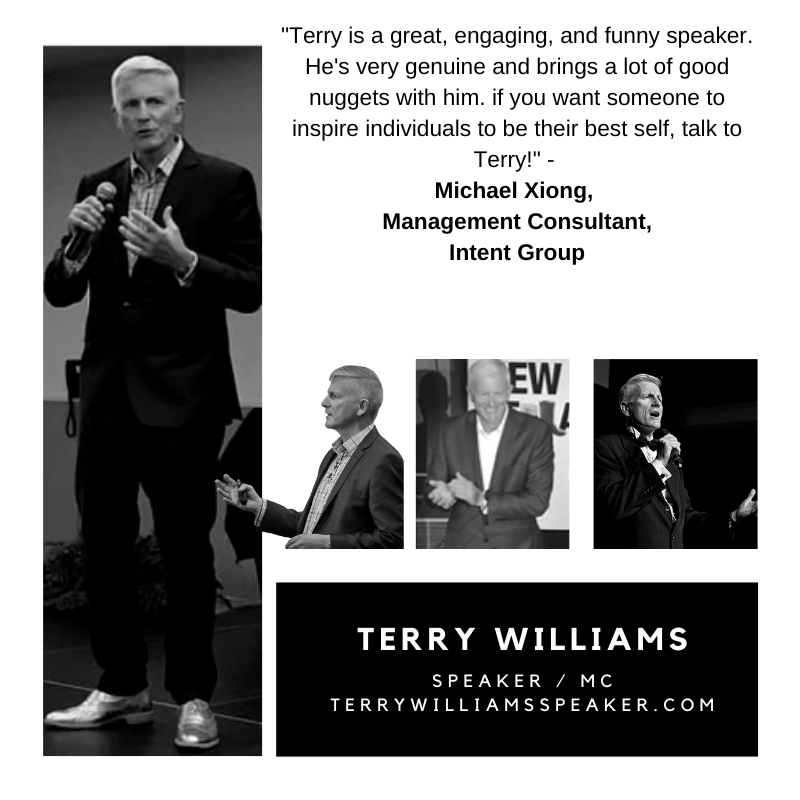 “Terry provided an engaging and thoroughly entertaining presentation to a diverse crowd of NZDF personnel and their partners. The content was a highly effective balance between, humour, science, and lived experience which made it both relatable and enjoyable for all involved. All of this was reflected in both the positive disposition of the crowd in attendance, and the slew of wonderful feedback that came after the event. The RNZAF mentoring advisory team highly recommend Terry for both his entertainment and professional development value.” - Mentoring Advisory Team, RNZAF Base Ohakea

Terry was a real asset as our MC at our last conference. Not only is he good at what he does, he’s very funny as well. You could hear laughter all throughout the Christchurch Town Hall when he was on stage which made me feel at ease when I was racing around making sure the event was going to plan. On top of being the MC throughout the two-day conference, he was the Gala Dinner MC and also the final Keynote speaker. He’s very adaptable, professional and someone you can count on to do an awesome job! I would highly recommend Terry for any event. - Karla Farrar, Communications & Group Services Manager, NZ Certified Builders

"Terry was an absolute pleasure to host as our guest speaker. Terry has a very natural and engaging speaking style. The high energy and humour with which he delivered his talk was infectious and produced much laughter and audience participation. The team left his talk feeling invigorated and newly focussed on the future, and on taking the steps towards making their ‘2 dangerous things per year’ a reality. We have had a number of talks of this kind and this has undoubtedly received the most enthusiastic feedback. I would recommend Terry as a motivational speaker, comedian, trainer and would definitely have him back anytime." - Richard Spelman, Chief Scientist, LIC

“We wanted a speaker who would be informative and humorous.  We quickly settled on Terry Williams as the ideal speaker for us and he delivered. A witty , informative, challenging presentation that had the audience laughing as well as giving them great information to take away and ponder. The feedback from our guests has been excellent, Terry’s involvement made it the perfect event we were hoping for. Thank you Terry!” - John Brosnan, Cooper Aitken Accountants

“Terry is a delight.  His energy and enthusiasm is contagious and his presentation hit the perfect note for our conference.    He had the audience in the palm of his hand whilst sharing some great insights and nuggets of truth for everyone to take away.  I would absolutely recommend Terry as a Key Note speaker”. - Susan Doughty, Executive Manager, RemNet.

"Terry presented in a humorous manner very imperative information for business managers/leaders to use in their workplaces, to influence those people around them. 83% of attendees (senior finance managers) rated Terry as excellent." - Megan Alexander, General Manager, Robert Half International