Team building - is it ever really 'done'?

Too many employers see ‘Team Building’ as an event. Something you do, tick a box and move on. It’s really a continuous process and in addition to any team that’s getting built, your leadership is too.

My local burger place prides itself on being an equal opportunity employer. They’ve hired an Orc, a Hobbit and an Elf. Personally I think it’s just Tolkeinism. Bada bing!

I wrote that joke when the ‘Lord Of The Rings’ movies were big and I’ve never had an opportunity to use it. Many of you might be thinking that I still haven’t had the opportunity and that I just force-fitted it here because I thought it was a good idea. Many times, that’s how employers treat team building – they force-fit people into roles and into groups because that’s all they’ve got to work with, or they think that it is. They don’t take into account the tremendously real, negative and lasting costs of poor fit to the employer, employee and the wider team’s morale and productivity.

Team building is a term loosely hurled around to justify ten pin bowling. I’m not disrespecting ten pin bowling. It’s great. I especially like those bumper rails they put up on the lanes for the kids to avoid the gutters. (Some people need those bumper rails to follow them around for when they’ve walking after they’ve been drinking, often during bowling. Gutters are everywhere!) Team building should be a continuous process incorporating a formally thought-out plan for what the team culture is, versus what it should be and how to plug that gap via recruitment, orientation, employee engagement and evidence-based performance management. It isn’t a themed scavenger hunt on Waiheke Island using those motorised bicycles.

I’m not saying that bowling, motorised bikes and drinking aren’t part of the solution. (Although, definitely not at the same time!) These fun aspects are potentially genuine short-term stimulators of productivity, albeit often fraught with some peril for those organising them and paying for the insurance on the bikes. Recent research has proven that time flies when you’re having fun. From the people who proved that men and women are different, diets are never the means to sustainable weight loss and that bears do stuff in the woods. Seriously, Philip A. Gable, from the Department of Psychology at the University of Alabama (yes, THE University of Alabama) has shown via the scientific method that people’s perception of the passage of time is influenced by the nature of the experience including fun. More specifically, Philip used the term, “positive approach motivation” which just goes to show what a wild and crazy guy he must be. Nice work if you can get it.

The Christchurch post-earthquake experience has injected a new word into the zeitgeist. (For me, ‘zeitgeist’ is also a new word and it was also force-fitted because I thought it was a good idea.) That word is ‘deconstruction.’ Not ‘demolition’ but ‘deconstruction.’ There’s a definite, distinct and important difference that also applies to teams.

Few of us get the chance to genuinely build a team from the ground up – so to speak. To start from scratch and recruit people where before there were none, specifically and sensibly chosen for specific purpose. Mostly, we inherit a team when we start out leading people and they come and go and we replace them. When you were a kid, maybe you got some Lego blocks as a gift? You opened that box and spilled out the loose individual components? Or did you inherit the blocks from an older sibling with various pre-made and abandoned clumps of failed constructions. Bits were missing. There were teethmarks. And you had to work with what you got? People are like those Lego blocks and not just because they hurt when you stand on them.

Team building, rather than fun and beer and skittles, might have to involve a period of deconstruction. If it’s true that 26% of employees are engaged and 28% actively disengaged, then 46% of employees are showing up and doing the bare minimum. Sure you want to attract and keep more of the highly engaged and sure you want to amp up the efforts of those just showing up but how much angst is warranted with those who just do not fit?

Real and useful team building is made possible when budgets, time and priority is given to planning and upskilling those people who lead teams. Then they’re aware of, and able to do, whatever they can to achieve the fit and goals they need. If that includes a karaoke night then great. (Note – it should not include a karaoke night.)

And just like Lego blocks, if a person doesn’t fit, then no amount of banging with a hammer is going to make them fit. And any teethmarks will be traceable back to you. 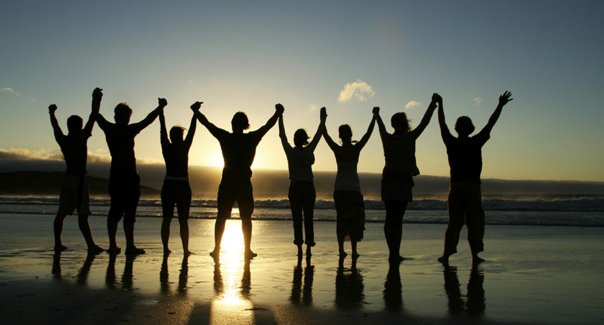