I’ve been following NBA basketball pretty intently for thirty five years. These days I watch games in high-definition on any one of a number of devices via an online streaming or on-demand subscription service the NBA provides me. You know who else is watching that same footage and has access to the same stats and more in real time? The players!

We probably couldn’t see it in 1982 because of collusion with broadcasters or just the terrible quality of analog broadcasts in the 80s but players were probably smoking and drinking on the bench during games. Maybe they were trying to blend into 80s society? I can’t say they were for sure as I wasn’t there but I can’t say for sure that they didn’t. In 2017, modern players all sit each with their own individual tablet device provided by the team with close-to-realtime videos relating to their own performance, accompanied by statistical breakdowns on the team generally and them specifically. No one is smoking or drinking and if anyone so much as opens a bag of skittles, they’ll likely get fined and sent to make an appointment with a counsellor, then attend a restorative justice session for any members of the team who were emotionally triggered by the insensitivity.

Kiwi Steven Adams is doing well in the NBA for the Oklahoma City Thunder. He, and we, could simply assume so based on his recently formalised nine-digit contract. A nine digit contract!? I barely have that many digits on my hands. Salary in pro sports, as in any other job, is no real gauge of performance. As pro rugby players do, even in little old New Zealand, Adams wears a device within his uniform as he runs up and down the court and it measures much more than the official game stats and transmits that information to where it is automatically and instantly collated and compared and returned as multi-media reports to Adams, his coaching team and the management, who ultimately sign off on contracts.

There is a correlation between easily measured metres run and success at basketball worthy of reward. It’s not everything. If he was a disruptive influence in the team, talent notwithstanding, he could be cut or traded. A Lakers player who thought it would be hilarious to tape one of his teammates confessing to cheating on his popstar wife, then putting it on social media is no longer a Laker. He is now with the Brooklyn Nets – a team with one of the worst 3-year stretches in the history of the game. Karma baby.

The Nets’ GM is Sean Marks. He’s a kiwi – New Zealand’s first ever NBA player and now an executive on the up. When you have a job that is historically on the bottom, the only way is up. He’ll have performance measures of his own in place. The team is owned by a Russian billionaire and they’re famous for feedback. Could marks’ performance be managed as clinically as Adams’?

If we’re talking about performance management in work generally, the underlying foundation ultimately is measurement of the actual level of performance and comparison to an expected level of performance. Ideally, these would be as objective as possible and for some jobs that is challenging. Basketballers can count points, rebounds, assists and a variety of other easily measured things. Historically, some players on poor teams on the last year of their contract did something called ‘padding their stats’. They put their own interests ahead of the team to make their numbers look good. I’ve worked in a couple of places where sales folk did similar things. The nature of the measuring of performance drove behaviours that gamed the system.

Nowdays, with moneyball execs and algorithms and such, there is a basketball measure called ‘Real Plus/Minus’ that, whilst not perfect, does a fairer and more accurate job of ‘scoring’ a player’s actual contribution to the success of the team. Fans can see in realtime and players at the next timeout the difference their efforts are making or not. How do you think that might impact the performance of average working people in more mainstream jobs, like plumbers, contact centre reps or cheesemaker? I have a sideline as a comedian and that is the most well performance managed job on Earth. For a start, it is literally (and I literally mean literally) a performance. If they laugh that’s good feedback. If they don’t laugh, that’s also good feedback. It’s instant, it’s honest and it’s independent.

Real Plus/Minus is complex to calculate and only started in 2014. Not all coaches love it. Some stick to their subjective ways. Prior to that, coaches and scouts had to look at whatever numbers that were available, then think about how they felt about that player and their contributions to productivity. And on that, players were judged. How confident are we that most managers of work performance don’t manage performance like meteorologists of old, licking a finger and waving it in the wind? 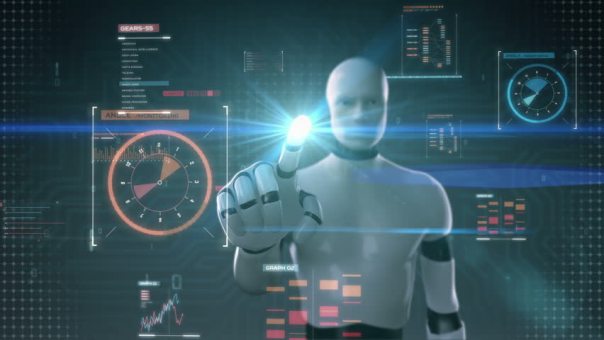