(The Office) Space: The Final Frontier - Influence Productivity With The Physical Environment

People are not mice wandering through mazes in search and cheese and getting rewards for pushing levers. Having said that, employers can greatly influence the performance of their people by the physical environment they create and provide, both positively and negatively, both intentionally and unintentionally.

Law Professor Cass Sunstein and economist Richard Thaler coined the term ‘Choice Architecture’ in their book ‘Nudge.’ It describes how decisions are influenced by how the choices are presented in order to influence the outcome. While they didn’t literally mean architecture in the sense of the plans for a building, sometimes the physical layout of a location can strongly influence the decisions that are made there. Look around your workplace. Check out the next store you walk past. There is no neutral architecture. Even doing nothing influences the behaviour of others.

Research conducted in some American school cafeterias has showed that the location of the food on offer can impact consumption by food type 25%. If those fatty snack foods aren’t right in our faces, we do tend to buy less of them. How’s your willpower when passing those end-of-aisle ‘specials’ display at your supermarket? (Never shop when you’re hungry!) Are there impossible-to-ignore distractions at work right in your face?

My favourite example of influencing behaviour through simple environmental design is Aad Kieboom’s urinal fly. Kieboom was an economist yet was put in charge in the 1990s of directing the building expansion at Amsterdam’s Schiphol Airport. I’m sure they did a lot of other marvellous things during their renovations but what really got the internet buzzing was their urinal fly.

Without getting into too much graphic detail, men are grossly inaccurate in bathrooms and there are costs associated with that – cleaning is one and possibly psychological scarring is another. By simply embedding the image of a fly within the porcelain of the urinals, they reduced spillage by 80% (Please do not seek out the individual researchers who measured that. I think they’d rather move on.) Maybe it’s the novelty factor? Maybe it’s a damning indictment of the male psyche? (They tried a simple black dot instead of a fly. It didn’t work.)

And if you don’t think it’s neat, think again the next time you push a door that’s supposed to be pulled then look up to see a sign that says ‘PULL’ in bold impossible to miss print. There’s a classic Gary Larson ‘Farside’ cartoon where this occurs. Unmissable, next to the door is a sign that says, ‘Midvale School For The Gifted.’

Signs are a typical tickbox solution. Someone thinks to themselves that they need to communicate something. They put up a sign. They tick a box and feel that communication has occurred. Nope. I’m sure the airport toilet people, society in general and mums everywhere communicated strongly that men shouldn’t urinate on the floor. Design achieved true communication. Message meaning received, understood and acted upon! How difficult is it to anticipate the door push / pull embarrassment occurring and to design a door that looks intuitively that it needs to be pushed or pulled? Put a sign up as well if it makes you feel better.

People often drove off from petrol stations without their car’s petrol cap. People walk away from ATMs without their card. These are called ‘Post-Completion Errors’, are entirely predictable and can be prevented or mitigated through physical design and choice architecture. What such errors happen in your workplace and how might a minor tweak to the physical environment positively affect behaviour?

We’ve covered individual behaviour being impacted by changes to the physical environment. What about group behaviour? Specifically, what about group interaction? You know how positive comment ratios, social interaction and frequent feedback stimulate internal motivation and productive group dynamics. Studies show that the number one factor in influencing those who collaborate effectively at work is physical proximity. This might be the single most obvious finding ever. We tend to work with, and hang with, those who are already around us. Frequent exposure to these people at our desk, over coffee or in the hallway over time generates ‘propinquity’ – an attraction born of familiarity. How does the physical set-up of your work encourage those that need to collaborate to do so?

I’ve visited workplaces with mini-golf courses in the corridors, little lounge areas in amongst the cubicles and scooters by the doorways to get about. Some have swiss balls for sitting on in meetings (possibly cos it makes meetings shorter?) Please write to my editor in support of my pitch to television networks for my reality TV show idea ‘Pimp My Office.’ 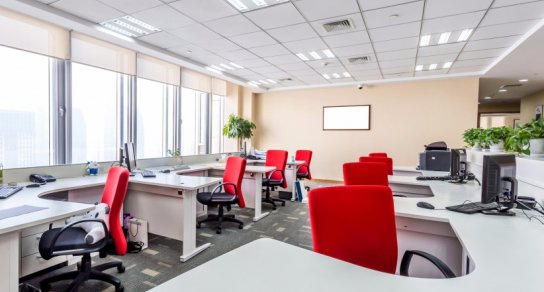